We had a chance to talk with Slobodan Stević, an indie game developer from Belgrade, and author of the game Switchcars!

EmuGlx: Can you present your project in general, what it means to you, and what do you want the players to see? What makes this game different from other indie titles?

Slobodan: Well, since I’m personally interested in all kinds of forms of science, technology and art, it has always been my dream to work on a project which would cover all of it. After many attempts, for me, that project became Switchcars – a way to do programming, game design, graphics, vehicle design, sound design, video editing, and even marketing, business – all at the same time. Dealing with each of these fields is a challenge, but the main  draw is the constant balancing of spending too much time on one aspect and simply finishing the game. This project is my (maybe only) way of securing a stable future, so, since I had put so much time and effort into it, it has become my most important investment.

As a game, Switchcars is, to me, what I have always wanted to exist, given that I have been fascinated with the diversity of vehicles my whole life, while also enjoying games and all other mediums that contained all the different kinds of them. I also love games that deal with unpredictable, emergent systems, such as Spelunky, Dwarf Fortress, and even DayZ or Project Reality, in which the player must constantly improvise in order to manage the resources given to him, while learning the rules through mistakes. I wish Switchars would contribute to that type of games, through its take on the variety of vehicles, whose number will, I hope, in time, be greater than in any other game. I’d like for Switchcars to become an unforgettable gaming experience.

EmuGlx: When did you first start developing games and what was your main motivation, who are your role models? When did you get the idea to make a game like this?

Slobodan: The wish for something like Switchcars had always been around, but the first idea appeared to me around 2009, while the indie scene status was slowly changing from kids toys to something people are seriously looking forward to. Notch, Derek Yu, Marek Rosa, Vladimir Romanyuk, as well as Flavien Brebion (who still works on a game that was a big inspiration to me back then), were key people that have shown me the possibility of making something big on my own.

In 2010, after I saw Vlambeerov Super Crate Box, I had an idea about a switching mechanic with vehicles, that today is, in fact, the key essence of Switchcars. After a lot of thought and collaborations on other games, around the end of 2012, when a programmer friend of mine asked me whether I would make it by myself, active development of Switchcars has begun, and hasn’t stopped since. In the beginning, this consisted of simply watching tutorials about programming, with which I had no prior experience.

At that moment I started to actively work on the game, and the plan was very similar to what I have today: a thousand vehicles, the vehicle switching mechanic, a procedurally generated world that changes drastically while the player progresses, and aliens. As time went by, the scope got a bit smaller, so some of the original ideas of meta gameplay (for example the idea of a map in which the player travels and collects resources for his base), were left for a future version.

EmuGlx: Since this is your first game, do you have any plans of continuing making new, original games, or will you, on the other hand, try doing something you haven’t had a chance of doing yet?

Slobodan: That’s a good question. My gut tells me to say “Both!”, but a lot of it actually depends on the success of Switchcars. I’ve got a lot of ideas for new games, some of which are pretty detailed, but I also have ideas for completely different projects. I would like to work on all of those things if I had enough resources, and I’m relying on Switchcars being a springboard for that. All of those ideas, including Switchcars, have one thing in common – not being intentionally suited for all audiences, instead attempting to stay unspoiled, with little compromise.  I believe that this approach is the best, because if there’s a need, there’s a market, even though it may not be apparent at the moment.

EmuGlx: What’s your opinion on the condition of the indie scene, in your country, and abroad?

Slobodan: It’s divided. On the one hand, it’s great how the scene is more open than ever, with the potential of any kind of game to emerge overnight. On the other, the scene is growing rapidly and there’s a certain absence of curation, which leads to elitism of those most successful.

Besides, like in other branches, including AAA gaming, a lot of attention in the scene goes to all kinds of clones and overused genres that are already stale. That makes innovation a bit neglected. I’d like to see more indie games with innovative AI, procedural storytelling, or say completely different movement mechanics in FPS games. The possibility of experimenting when you don’t answer to corporate mentality is the main advantage of these games. A good example, I think, is the game Receiver, which was made in a week. You can learn a lot from it. I’d like to see more attention given to projects like that, both in our country and in the world. Those games make new waves, they don’t ride on the old ones. As for our country, I think something like that is not only welcome, but also needed.

Development aside, I have a feeling our indie scene is very friendly, advanced and really potentially helpful. Many things related to the promotion of Switchcars, including participation in the Playfield competition, would never happen if I hadn’t gotten to know our scene. And I say advanced, because I think it has accomplished a lot in a very short period, getting very close to the level of the scene abroad, in terms of events, and communication with the rest of the world. We only need more good games.

EmuGlx: What’s it like being a Serbian developer, were there any obstacles, difficulties since you decided to make an independent game? Have you gotten the support of the people around you or have you met with some judgement?

Slobodan: In order to even get to the point of developing a game, first I had to deal with a lot of other problems. Until then, my environment had pushed me down, starting with bad education, poverty, family trouble and lack of support from my parents and many of my friends, for the things that made sense for me to work on in order to help everyone.

During development there was a lot of trouble as well, but I think i trained my mind to block them very quickly, so I can’t even remember that much. Years could go by without being able to afford a piece of clothing, or I was sleeping under my desk because there wasn’t a more suitable spot. Comparing it to earlier worries, I don’t consider it a high price for the calm condition of the mind I have had while working on the things I love. If anything, I’m well motivated to work on Switchcars. The view of the environment has changed drastically in the last few years, and I have found my place among amazing people that still support me in my efforts.

I believe that, whatever your life is like, there’s always a chance to do something extraordinary, or to do nothing. However, for someone who’s determined to make something, how and where he lives could be a key factor for success. The mind has its limits, and a lot of people don’t even get heard of before they lose that basic resource. So, even there I think there’s a certain kind of elitism, because many games we see, are made by people that had an easier life, thus the games themselves are based on a certain view on life, that people with a different experience maybe don’t share. There’s always a place for innovation.

If things go as planned, soon I will deal with opening my own company, which is in Serbia, surprisingly not that different than in the rest of the world, at least according to what I have learned in the last few months.

EmuGlx: What are some of your favorite games, and if you could choose, what sequels of those games would you like to work on?

Slobodan: I think the first one would be Project Reality, as a game I have probably spent more than a thousand hours on. It’s a Battlefield 2 mod, basically being a realistic take on teamwork in war. I learned appreciating unpredictability the most, by playing this game. The feeling when you’re managing 15 different things at the same time, trying to do something in the most optimal way, is the main draw of those games. Thus, I always loved roguelikes, such as Spelunky, The Binding of Isaac, and even Minecraft, FTL, as well as rally driving games (which I consider to be a good example of roguelike mechanics in real life). I’m a big fan of the idea of open world games, although not the games themselves, because they tend to look alike too much (even though I considered GTA IV to be pretty original and great). XCOM: Enemy Unknown is also excellent, and of course the FPS classics such as the Half-Life series and Mirror’s Edge. I’d also like to mention Transport Tycoon Deluxe. I haven’t tried Cities: Skylines yet but it’s tempting me. There’s a bunch of games I love, as I have been playing them since 1990, at a very young age, but working on sequels doesn’t sound too appealing to me. I would always rather work on something new, inspired by those titles. Except of course, in the case of Switchcars.

EmuGlx: Do you have any plans for putting the game on the mobile market, or maybe the PS Vita, since it seems very touch friendly?

Slobodan: I agree, it seems very adequate for mobile devices, and I had that thought on my mind from the start. I’d like for it to be available on those platforms, but I can’t announce that yet.

EmuGlx: What are your expectations for this year’s Gamescom?

Slobodan: Not much. From year to year, as the industry grows, new games seem less and less interesting to me. I expect more from smaller outlets, as well as word of mouth. Now that Oculus has announced its release date, and E3 went by without mentioning Half-Life 3, I don’t expect plenty of excitement. If I’m lucky and I get a booth for Switchcars, I hope the publicity helps me find a good investor and a publisher, enabling me to release the game earlier.
EmuGlx: Thanks a lot for the interview, and good luck! 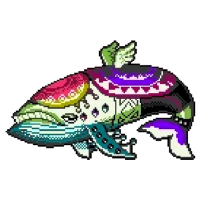 About the Author Đorđe Matić